What started as Nintendo’s trading card and cartoon craze in 1996 has once again taken the world by storm. In the year of Pokémon’s 20th anniversary, Niantic’s Pokémon GO has become the latest phenomena for Pokémon fans.

Perhaps it’s the brilliant use of augmented reality or the cross-generational appeal—but in only a few short weeks, Pokémon GO has netted more than 20 million daily active users spending over $10 million a day on in-app purchases.

In fact, Pokémon GO topped the U.S. sales charts in only 13 hours when it debuted in mid-July and set Apple’s record for App Store downloads since the store first opened eight years ago. Perhaps most telling is that now gamers are spending more time with Pokémon than swapping “likes” with friends and family, as Pokémon GO has now surpassed Facebook in terms of usage.

Pokémon GO relies on augmented reality technology to place users directly into their environments in real time—unlike virtual reality, which uses a totally artificial environment. By integrating users into real-life locations, Pokémon GO encourages players to actively explore their physical surroundings in search for Pokémon. In addition to catching Pokémon, the app features PokéStops and Pokémon Gyms set to GPS coordinates near popular landmarks. So large numbers of players from around a city will gather in these spots to collect items and train and battle their Pokémon against other players.

Given the hyper-local nature of the game, Pokémon isn’t just mobilizing users to engage outside their homes—the game is creating a big buzz for local businesses as well. Retailers across the country are finding unique ways to tap into the Pokémon craze to boost brand, improve customer engagement and drive sales.

If you’re considering jumping into world of Pokémon, here are 5 ways you can “catch ‘em all.” Many companies are finding huge success when it comes to purchasing “lures” to increase foot traffic to their stores. Austin-based ice cream maker, Amy’s Ice Cream, has seen firsthand the opportunities that come with getting on board the Poké-train. Amy’s Ice Cream encourages their employees to play games at work. That’s right, Amy’s actually wants their employees to participate in the Pokémon extravaganza, going so far as to reimburse their employees for purchasing “lures,” an in-app purchase that generates and attracts a rare Pokémon for a limited time. This tactic, combined with Poké-themed products and continually changing discounts for different teams, resulted in a 33 percent increase in sales for Amy’s Ice Cream in just four days.

Similarly, L’inizio Pizza in New York spent a mere $10 on lures and saw weekend sales increase 75 percent. With these Pokémon lures costing just $1.19 per hour, it’s easy to see why businesses around the country are looking to drive customer traffic.

Aside from spending money on lures, there are other ways to get the word out about Pokémon being caught in your location. Businesses are now using social media to spread the word about Pokémon in their locations. For example, Applebee’s restaurants have been retweeting customers’ photos of the Pokémon that they catch inside Applebee’s locations. However, Austin franchise Zoe’s Kitchen goes a step further, giving out $25 gift cards to anyone who tweets a photo of a Pokémon caught at one of their restaurants.

Players (called “trainers” in the game) out catching Pokémon are sure to work up a late-night appetite. Local restaurants are staying open later and offering discounts to capitalize on the increased foot traffic in their areas. For example, My Family’s Pizza in Dallas is offering a variety of freebies for trainers of different levels—from a free slice when you reach level three or five to whole pizzas at higher levels. Meanwhile, other small businesses are offering discounts to the current leading team, giving them a chance to engage with consumers and generate conversations as customers notify them of new score updates.

Restaurants aren’t the only ones who are having their fun with Pokémon, as T-Mobile has jumped on the Poké-train as well. They have stated that they will offer free, unlimited data to customers while playing Pokémon GO in an effort to attract consumers who are concerned about exceeding their data limits.

Advertise your Pokéstops and Gyms

Peppermill Resort & Casino is one of the first businesses to get on board with the Pokémon GO craze. They advertised a number of Pokéstops and gyms on their property as early as July 11, the Monday after Pokémon GO’s release. One local library has used their Pokéstop to drive traffic for their Summer Reading Program, while the Sacramento Zoo dedicated an entire day, the “SacZoo Pokémon GO Day,” to boost traffic to their various Pokéstops and gyms on their premises.

But business don’t have to rely on their own social media reach to capitalize on Pokémon GO’s foot traffic much longer. Yelp has created a filter for businesses to list themselves under a new category, “Pokéstop Nearby.” Through the Yelp feature, you can filter your search to show locations with Pokéstops nearby. The information is continually updated by Yelp users who are asked to check in and notify Yelp of locations in the vicinity of Pokéstops.

Finally, Pokémon crawls have become a whole new craze. These crawls range from Poké-themed bar crawls to tours taking you all around downtown, leaving no Pokéstop unseen. Small businesses are using these crawls to come together and purchase lures in a team effort to gain more foot traffic in their area. Others are promising players that they will drop a lure when certain dollar amounts of food and drinks are ordered.

While there are many ways use Pokémon GO to your business’s advantage, Niantic has also confirmed that sponsored locations will be coming soon to Pokémon GO. Businesses can submit a request to have their location featured as a Pokémon GO Gym or Pokéstop, but the promise of sponsored locations may just allow businesses to bump their locations to the top of the waiting list. But until then, don’t miss the chance to jump on the Poké-train early if you want to catch ‘em all! 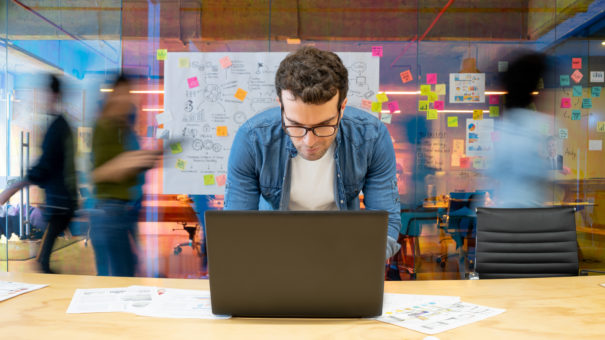